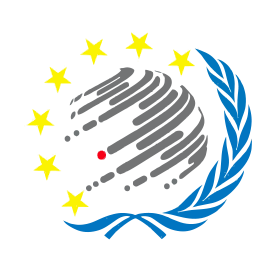 It all began with the global financial crisis in 2008. One of many, we would say, however this one differed in many ways from the previous crisis. The collapse of US merchant bank Lehman Brothers caused financial catastrophe worldwide. One of the targets devastated the most after the breakdown of US giant bank was Europe, and especiallythe European Union. Having members of the European Union affected meant having the big Troika involved and forced to implement accordingly for a bailout of these countries.

The global financial crisis struck hard in Europe, it caused all countries suffering long or short term consequences. It was necessary to find an appropriate solution in a short period of time. The austerity measures seemed to be the light in the dark, Europe was searching for. The term “austerity measures” generally refers to the economic measures of a country undertaken in order to cut spending and budget deficit. Nonetheless, austerity measures involve far more complex actions than just tax increase for the sake of public debt.

From the period of 2008 until 2011 the European Commission approved €4.5 trillion in aid to the financial sector, the aim was bailing out banks such as Lloyds TSB in the UK and Bayern LB in Germany. Some banks that haven’t bailed out directly from aid such as Barclays, Deutsche Bank and Santander have found the way out through certain state interventions. Another issue that took place was within the market of EU. The plan was primarily set to raise the demand and investments which would therefore keep the competitiveness in life. This was one of the ways to handle market oriented issues.

Since the end of the stimulus program in 2010, certain countries such as Greece, Portugal, Ireland and Spain were obliged to engage in austerity measures while UK on the other hand, was one of the countries that willingly undertook austerity measures because they believed it was an essential move to make, in order to maintain a balance of budget in time of difficult economic conditions. Despite having austerity measures implemented, the British government would still have to spend more than it received in the form of taxes. One would ask, does the austerity even work then? What austerity actually alludes to is the reduction in the structural deficit of a government, regardless of fluctuations in the economic cycle, deficit will rise and fall, just as economy contracts and expands. Thus, the British government marked the deficit of 9.3 per cent of GDP during the first year but the term austerity was still applied since it had marked the deficit of 11 per cent of GDP in the year before.

The consequences of austerity were felt not so long after the implementation of measures. Unemployment rate had risen significantly and gap between poorest and richest started to widen deepening already huge inequality. Soon, the poverty spread across the EU. In the period between 2010 and 2014,the majority of EU countries were faced with a huge loss of jobs mostly in public sectors and vital public services. This unfortunate outcome came out as a result of cut in public spending. Ireland for instance had cut public spending by 40 percent of its GDP. Twenty percent cut was noted in the Baltic States, 12 percent in Spain and around 11 percent in the UK.

Another negative effect was the fact that women were outstandingly affected in terms of job loss. Contributing 69 per cent of all EU public sector jobs, women faced a great redundancy. In Greece 25 per cent cut was recorded in the public sector, 20 per cent in the UK and 10 per cent in Romania and Portugal. Moreover, cuts were focused on education, health and social work, sectors often dominated by females.

Generally speaking, the unemployment in EU countries began to record intimidating rates after 2007. It was expected that the unemployment rate would escalate, however no one could predict that in four to five years it would triple or even quadruple in countries such as Greece, Spain and Ireland. With this rate of unemployment generally, one has to understand that youth unemployment rate grows to even higher scale. Portugal, Spain and Greecedepicted the notion of austerity measures averaging 42, 56 and 59 per cent accordingly, in youth unemployment.The measures undertaken for the purpose of economic growth, reduction of debt, and the government deficit, actually triggered the opposite effect in fields like social security. The substantial importance of this issue is tightly connected with already cut services of public sector, social transfers, and collective bargaining which are of vital importance for the struggle against poverty and inequality. Namely, if the social security budget faces a cut after all, the poorest class is the one that faces enormous difficulties to make ends meet, since they are restrained from all other services.

Spain however was one of the countries that maintained progressive taxation. Spain is known as one of the countries with the highest rate of unemployment in Eurozone. Its GDP growth during the crisis was firmly based on labor-intensive sectors, which were noticeably affected by recession and caused a great amount of job loss. The government budget in Spain was not only affected by the increase in public sector expenditure, but mainly by the reduction in public revenues. Another hidden issue that played perhaps crucial role in the reduction of government revenue was the black market. Tax avoidance, tax evasion or any other kind of tax fraud had a great impact on government revenue. Alongside the “housing bubble” which is a term that refers to an end of a significant revenue period in Spain and the beginning of a decrease period. Tax fraud consists the core of government decline in revenue. Overall, these two factors present the major share of Spanish deficit.

The financial crisis can bring down even the fastest growing economies; a vivid example of that would be the case of Ireland. The public debt in Ireland can be directly related to the decision brought up in 2008 which guaranteed all private liabilities of its leading national banks. Soon after the decision was brought up, Irish public debt was dramatically increased. To be more precise, from 40 per cent of GDP ratio it heightened to120 per cent. In order to bailout the banks, Ireland engaged in austerity measures particularly focused on their export sector as it was considered, and still is, as a crucial attribute. As Spain was struck by the housing bubble, so was Ireland by house price-inflation, which made it even more difficult to overcome. This kind of inflation knocked out the tax base and consequently, took out entire 50 percent of employees from income tax pool. Between 2008 and 2009 Ireland reached the number of minus 18bn in government revenues. Unemployment rate rose rapidly and the scenario began to seem similar to the Spanish or even Greek one. However, what Ireland successfully managed to do was keeping the income tax rate at the same level. It did not succeed in it by the introduction of a new tax, but rather by a raise in VAT and property tax. Fine Gael party had introduced an idea of the property tax which would be based on the value of property and this contribution eventually proved to be pivotal.

The Irish economy in the years between 2013 and 2016 experienced a true revival, recording 1.1 per cent, 8.5 per cent, 26.3 per cent and 5.2 per cent of GDP growth. Austerity measures were effectively coordinated at the Irish coast, yet Ireland is an exception when we discuss austerity program in EU countries.

Certain countries out of the European spectrum have also experienced harsh times applying the instructions provided by European Troika, all in hope for the increase of employment, investments and salaries. Countries of Latin America and Africa experienced a long term growth of inequality and poverty by adjusting to measures of austerity during the 80’s and 90’s. It is even corroborated by IMF lately that these measures inflict more damage than benefit.

The costs are huge and progress is depressive compared to launched measures. Systems failed to provide the necessary needs for citizens and many people who used to live ordinary lives have become homeless. The worst part is that again, the poor bear the heaviest burden… 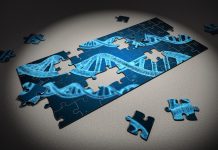 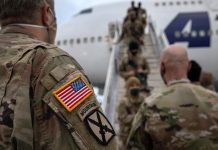 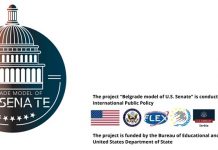